Pods do not disappear until someone (a person or a controller) destroys them, or there is an unavoidable hardware or system software error.

We call these unavoidable cases involuntary disruptions to an application. Examples are: 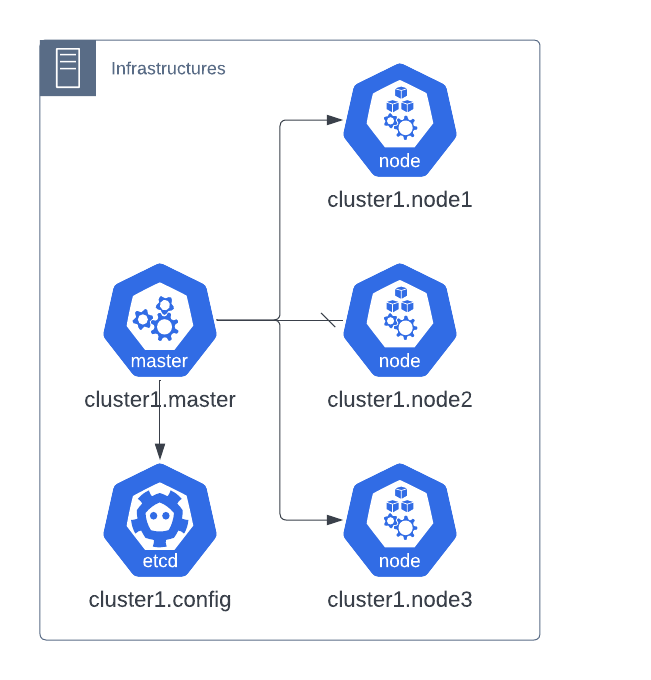 Except for the out-of-resources condition, all these conditions should be familiar to most users; they are not specific to Kubernetes.

We call other cases voluntary disruptions. These include both actions initiated by the application owner and those initiated by a Cluster Administrator. 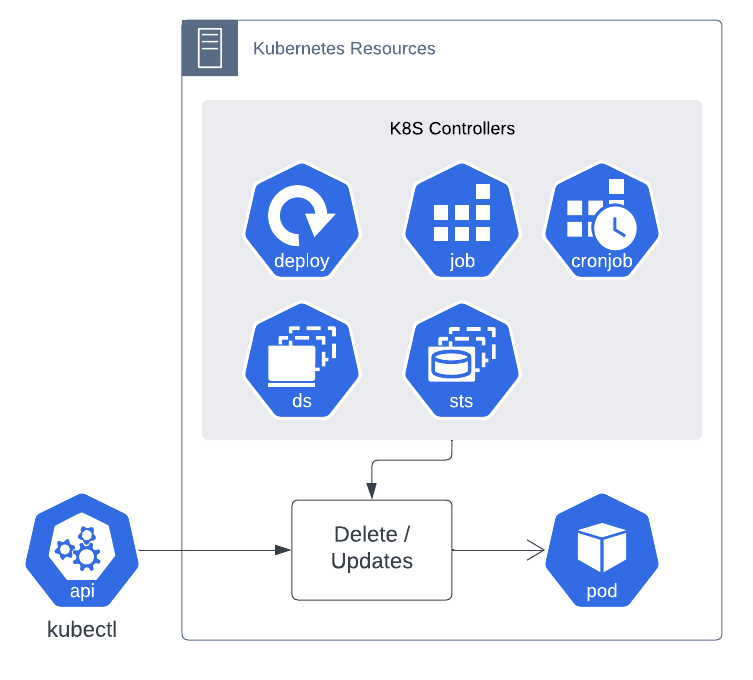 Here are some ways to mitigate involuntary disruptions:

Cluster managers and hosting providers should use tools which respect PodDisruptionBudgets by calling the Eviction API instead of directly deleting pods or deployments.

For example, the kubectl drain subcommand lets you mark a node as going out of service. When you run kubectl drain, the tool tries to evict all of the Pods on the Node you’re taking out of service. The eviction request that kubectl submits on your behalf may be temporarily rejected, so the tool periodically retries all failed requests until all Pods on the target node are terminated, or until a configurable timeout is reached.

A PDB specifies the number of replicas that an application can tolerate having, relative to how many it is intended to have. For example, a Deployment which has a .spec.replicas: 5 is supposed to have 5 pods at any given time. If its PDB allows for there to be 4 at a time, then the Eviction API will allow voluntary disruption of one (but not two) pods at a time.

Consider a cluster with 3 nodes, node-1 through node-3. The cluster is running several applications. One of them has 3 replicas initially called pod-a, pod-b, and pod-c. Another, unrelated pod without a PDB, called pod-x, is also shown. Initially, the pods are laid out as follows:

All 3 pods are part of a deployment, and they collectively have a PDB which requires there be at least 2 of the 3 pods to be available at all times.

The deployment notices that one of the pods is terminating, so it creates a replacement called pod-d. Since node-1 is cordoned, it lands on another node. Something has also created pod-y as a replacement for pod-x.

At some point, the pods terminate, and the cluster looks like this:

Now, the cluster administrator tries to drain node-2. The drain command will try to evict the two pods in some order, say pod-b first and then pod-d. It will succeed at evicting pod-b. But, when it tries to evict pod-d, it will be refused because that would leave only one pod available for the deployment.

The deployment creates a replacement for pod-b called pod-e. Because there are not enough resources in the cluster to schedule pod-e the drain will again block. The cluster may end up in this state:

At this point, the cluster administrator needs to add a node back to the cluster to proceed with the upgrade.

You can see how Kubernetes varies the rate at which disruptions can happen, according to:

Note: In order to use this behavior, you must enable the PodDisruptionConditions feature gate in your cluster.

When enabled, a dedicated Pod DisruptionTarget condition is added to indicate that the Pod is about to be deleted due to a disruption. The reason field of the condition additionally indicates one of the following reasons for the Pod termination:

Note: A Pod disruption might be interrupted. The control plane might re-attempt to continue the disruption of the same Pod, but it is not guaranteed. As a result, the DisruptionTarget condition might be added to a Pod, but that Pod might then not actually be deleted. In such a situation, after some time, the Pod disruption condition will be cleared.

When using a Job (or CronJob), you may want to use these Pod disruption conditions as part of your Job’s Pod failure policy.